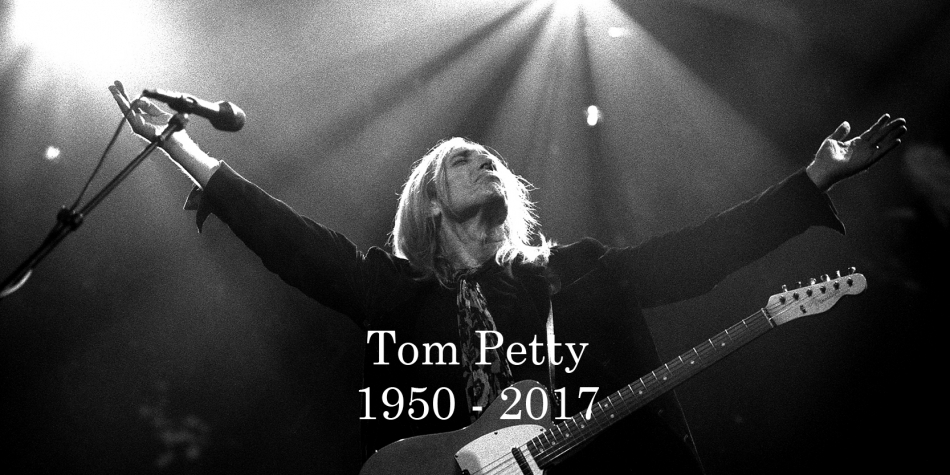 In my teens I thought Tom Petty was lame. I had a student teacher at my high school not much older than us who sat in the lunch room and strummed “Free Fallin'” on the guitar. I scoffed at him as I walked by because to angsty teenaged Patrick, Tom Petty was about as milk and cookies as rock and roll could get…or so I thought. In reality, Tom Petty was Kelly Leak and David Wooderson with a dash of “Cool Hand” Luke and a real Rock and Roll motherfucker.

I was photographing concerts for an online music site while living in Portland, Or in 2002 and was granted a photo pass to shoot the Tom Petty and the Heartbreakers show on the Portland leg of their tour. On a typical evening the artist allows photographers to shoot the first three songs of the show and then you are escorted out of the pit and you go about your business. Not Tom Petty. On this tour, the directive was given that photographers could shoot the entire show. Yes, the whole damn concert! I was surprised and a little unprepared. I had enough film to feasibly photograph the first three songs, but not nearly enough to shoot the whole show. Oh, and yes, I was shooting with a 35mm film camera…it was 2002.

I took my position in front of the stage with a barrier separating myself and 19,000 people. As the show started I began squeezing the shutter and snapping frames in hopes of catching the decisive moment. Nearly 30 years of songs sauntered out of Tom Petty and his band of Heartbreakers and I got increasingly comfortable with my surroundings. I made myself at home by setting my camera lenses on the sizable stage adorned with giant area rugs while my new best friend Tom played music for a few of his friends.

Tom Petty was one of the great American songwriters and his music affected my life both as a photographer and a musician. The laid-back rebel left his mark on the artistic landscape, but we are fortunate he left music for us to take in while we lay on our own area rugs. Goodnight, Tom.